My Mission: Make You Look Good! 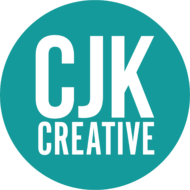 Cynthia J. Kwitchoff provides graphic and print design/publishing, websites, marketing and communication, video and photography services and more to individuals, small businesses and organizations. I handle all of these services for my clients so they can focus on their main job. My goal is to make my clients look good by giving them a professional look to portray to the world.

My background/knowledge of security, intelligence, counterintelligence (CI) and counterterrorism (CT) (having been employed or associated with the Intelligence Community since July 1989) enable me to bring an extra value-added dimension to many of my clients in these fields in that I understand what they do and how to promote their work.

Current and past clients for whom I’ve created their branding, websites, print and marketing materials, books, reports, graphics, video, photography, social media, email marketing, and much more include:

The expected contract in which I was hired to work on fell through so I decided to switch to working as a TASC Casual Employee (freelancer), i.e. work whenever there is work from different TASC clients that needs to be done. In this capacity, I provided graphic and print design/publishing, video, photography, organizational and other consulting services to TASC headquarters and a number of their government clients.

THE CENTRE FOR COUNTERINTELLIGENCE AND SECURITY STUDIES (CI CENTRE)

The CI Centre provided highly popular counterintelligence, counterterrorism and security training courses to the US Intelligence Community such as CIA, NSA, DOD, DNI, Military, etc. As it was a small company, I had multiple duties:

Staff employee from July 1989 to December 1999. During ten years with the CIA, I received ten Exceptional Performance Awards.

Responsible for creating and managing a $1.5 million-dollar Agency-wide counterintelligence awareness program (called the Counterintelligence and Security Program or CISP) whose goal was to raise counterintelligence awareness throughout the CIA to a more sophisticated level and to change cultural attitudes for more buy-in and support of counterintelligence. The program was initially begun after the arrest of Aldrich Ames and was a Congressionally-mandated program whose progress was reported to Congress. Duties included creating, developing, implementing, managing, budgeting, maintaining and promoting the following initiatives, and as a result, for the first time in Agency history, information about CI was available in a variety of formats on a daily basis geared to the different ways people learn best.

CISP Briefing: A four-hour CI awareness course called “Counterintelligence and Security Program (CISP)” which was mandatory for all Agency employees after the Ames case. While this course was created and implemented before I arrived, I redid the PowerPoint presentation, tightened up the feedback process to see the results of the training and provided more information to the trainers. The course also transitioned to being run from CIC rather than by different offices.

CI Online Database: Created CI Online, a CI resource database on Lotus Notes available to all employees. Collected news, articles, case affidavits and other CI material that was continually added to this database. Served as a primary form of communication of CI awareness and training to the Agency population and promoted Counterintelligence Center’s activities.

CI-TV Videos: Created CI-TV—30 minute video programs about counterintelligence cases that were aired on the Agency’s closed-circuit TV network with a new episode airing each week. Oversaw the production and filming of 71 episodes, managed two contractor companies providing the research, host and video services. Introductions to the CI-TV videos were filmed at espionage-related sites around the greater Washington, DC area to show how espionage takes place where we live and work. Conclusions to the videos were purposefully filmed at the CIA’s Historical Intelligence Collection library in CIA Headquarters to encourage viewers to read books about intelligence and counterintelligence. Wrote advertisements for each week’s episodes which were placed in various communication vehicles including when employees first turned on their computer.

CI Documentary Videos: Managed production of other special video programs including an hour-long documentary on the Ames case called, “To Catch a Spy: The Investigation Leading to the Arrest of Aldrich Ames.” This video featured interviews with key CIA members of the investigative team. Began work on a “SpyWashington” video featuring a KGB Colonel defector looking at the city and its targets through Russian eyes.

CI and Security Video Commercials: Created and oversaw filming and production of a series of six short CI and security awareness commercials that were shown at the end of CI-TV episodes. Featuring music overlays, these commercials reminded employees of their responsibilities to protect information, report foreign contacts and travel, get EAP help for financial or alcohol problems, etc.

CI and Security Survey: Conducted a first-ever Agency-wide survey on CI and Security attitudes and awareness conducted by a professional pollster contractor.

Advertising/Marketing: Promoted and advertised the above initiatives and general CI awareness in various forms throughout the Agency and its facilities.

Through these new initiatives, the CIA became a leader in the Intelligence Community in the area of counterintelligence awareness training.

Other activities at CIC: Designed, formatted and published two training manuals on Asset Validation for the CIC Educational Program Branch office to be used in its course. Transcribed Jim Nicholson debriefings for Counterespionage Group.

As an investigator, conducted 380+ background investigations and re-investigations of staff employees, contractors, detailees, applicants and other special cases in a 50-mile radius of the Washington, DC area. Completed high number of cases each month, responded to quick turn-around cases with tight deadlines, reports written clearly in a detailed, ‘word-picture’ manner.

Assisted ASAC in training two classes of new investigators; developed and prepared material; taught segments, reviewed performance of investigators, designed and produced an Agents Manual for trainees and investigators. Participated in 117 hours of special support work of the CIA’s mission.

Wrote, designed and produced a bi-monthly newsletter for the office.

Why was I in the field so long when the normal tour was 18-24 months? The Cold War ended when the Soviet Union ceased to be in December 1991 and everyone’s tours at WFO were frozen in place as the Agency and the Office of Security figured out what to do now without their primary enemy.

Assisted the Security, Budget & Finance, ADP, Personnel, Logistics and Publications officers of the Administration Staff in the IC Staff. Dealt and worked with senior officials from Intelligence Community agencies on a regular basis. Assisted with the production of the yearly CBJB of the US Intelligence Community.

The Carmen Group at the time was primarily a Republican/conservative K Street public relations firm run by David Carmen and his father, Gerald. Worked on promoting and marketing the company’s clients, which included a high-end hotel that had just been renovated, political figures and organizations, through placements in the media. Assisted with the production of special events for clients in various venues.

Also known as the Barrington Courier-Review

During college, served in various positions at this suburban Chicago-area weekly newspaper chain, including editing and typesetting articles, producing and proofreading advertisements, assisting the classifieds section. Served as Lifestyle editor for two weeks during editor’s absence.

CAMERA OPERATOR: Operate a professional Sony broadcast studio camera manually hand-held on stage and stationary on a tripod. Visually set up and frame dynamic shots of musicians, instruments, singers and speakers and follow through the shot using various camera techniques.

VIDEO DIRECTOR: Direct the video feed of up to six cameras for church services, choosing which ones go live. Direct camera operators as to their shots. Video feed is broadcast in a 3,000 seat auditorium, throughout the facility and to various additional campuses in the Washington, DC area and on the internet all over the world reaching over 15,000 each week. Work at three services most Sundays and special events throughout the year.

STAGE MANAGER: Manage the backstage at the Tysons campus helping to direct people, elements; interface with pastor and front of the house staff.

Tour guide at the museum after attending their extensive docent training course. Gave Sunday afternoon tours of the museum to visitors every other week as well as special VIP tours.

Editor, writer, designer and producer of a multi-page community newsletter, the Pimmit Hills Dispatch, and website (PimmitHills.org) of the neighborhood I lived in as a service to the community and its Pimmit Hills Citizens Association (PHCA).

Interfaced with local advertisers, designed their paid advertisements in the paper and handled all invoicing. Also designed and worked on the many iterations of PHCA’s website for the community. Redesigned the newsletter and the website a number of times. Served on PHCA Board.

Bachelor of Fine Arts (B.F.A.) degree in Art History with minor in Art, May 1988

Served as Executive Director of the College Republicans on campus, which had 600+ members at U of I.

Ran a state-wide convention for the Illinois College Republican Federation at U of I during 1988 presidential election.

Associate of Arts degree, May 1986

Vice President of Golden Keys–the official hostesses/tour guides of the college which is owned by the International P.E.O. Sisterhood organization

Graduated from Barrington High School in Barrington, IL, in June 1984.

Looking for help with your website, graphics, book, video, marketing and more?